“Without it his life wouldn’t be the same.”

Aaron’s just finished his GCSEs. He’s bright, articulate and absolutely loves video games, but last year his muscular dystrophy meant he was struggling to use a controller.

“Every few seconds we had to reposition his hands,” said Julie, his mum. “He was getting sad because there were buttons he couldn’t reach, where he used to have a little more movement.”

Our team visited him to see if they could help, and together they worked out a custom gaming setup that he uses with his feet, with the addition of some carefully-placed small finger switches.

“It’s completely changed my life for the better,” says Aaron. “They helped to work out a way for me to play video games again.”

Julie, his mum, agrees. “Overnight it’s transformed his life,” she said. “It’s made him so happy.”

He’s now one of the most accomplished gamers we’ve seen for a long time, and we’ve recently watched him thunder through Cuphead and Star Wars Battlefront at breathtaking speed. But these gaming skills aren’t the only benefit that his new setup has enabled.

“It’s about his independence,” says Julie. “He hasn’t got the same sort of social side of life as most teenagers. He can’t go anywhere without a carer, and that’s a big restriction on things like conversation and developing relationships. His friends can’t really go up to him and start talking too freely.”

“But the gaming gives back that huge social plus – the headphones go on and he’s chatting with his friends. He can talk openly about stuff he wouldn’t talk about in front of me or other adults, and he can also talk to friends with disabilities, swapping experiences.”

We’re so excited that Aaron’s enjoying the magic of games to the max again. It’s just the kind of life-changing difference that your One Special Day support will bring to many, many more people who would love to be enjoying the gaming fun and friendship we take for granted.

Thank you for being part of a very special day! 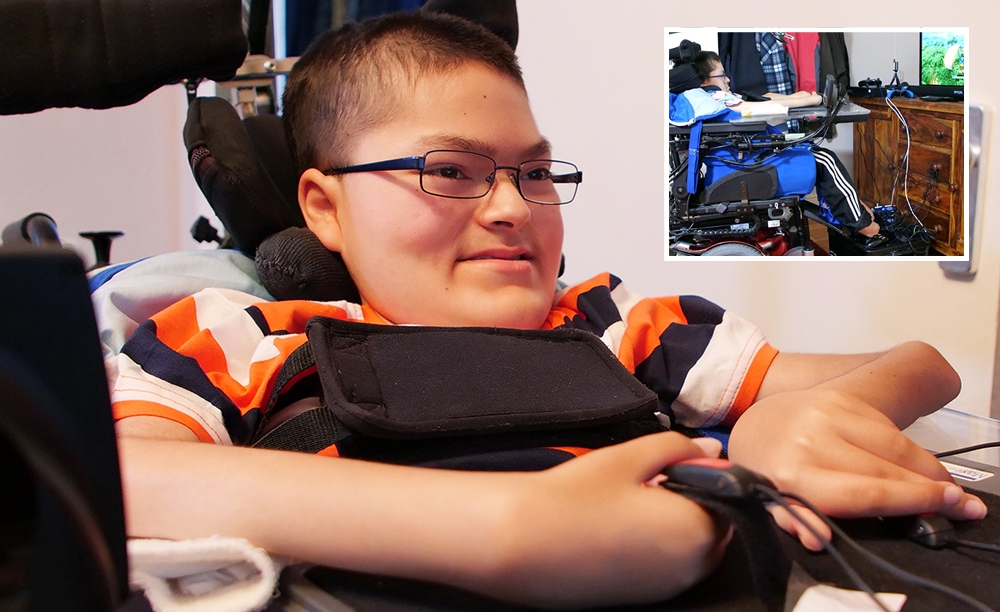