Video games are a wonderful thing aren’t they?

By pressing the on button and logging in you can become Cristiano Ronaldo scoring a 90th minute winner in the Champions League final, an ancient Assassin prowling the rooftops of Florence or a plucky Italian plumber who eats mushrooms.

Unfortunately, this is a reality many people are faced with due to physical disabilities.

Everyone should be able to enjoy the games they love with the people they love. That’s where Special Effect comes in.

Special Effect, who are a charity partner of Ubisoft Reflections and Ubisoft Leamington, help people with physical disabilities by finding ways to help them play their favourite video games to the best of their abilities.

They do this in a number of ways from creating and modifying bespoke equipment tailored to a specific individual’s needs to collaborating with developers all over the world to improve accessibility in future titles.

To help SpecialEffect fund their life changing work they set up ‘One Special Challenge’ to allow people to create their own bespoke challenges during October to help raise funds and spread awareness in a COVID safe way.

Naturally, we are always up for a challenge at Ubisoft Reflections and Ubisoft Leamington, so we devised a plan to raise money by running, walking or cycling 220 miles (the distance between the two studios) but due to participation levels far exceeding our expectations, we had to up the ante!

We raised the target for the 24 people taking part to a whopping 1,100 miles! That’s five times the distance of the two studios.

The team absolutely obliterated the target with time to spare! The team amassed a staggering 1,500 miles in the end, for which the studio donated £2,790, with friends and family raising additional funds, too.

The team battled through the elements, painful injuries and personal struggles to reach their goals.

It hasn’t been easy, but, one thing has kept the whole team going through it all – the look of pure joy and elation on someone’s face when they’re finally able to do something they love again… 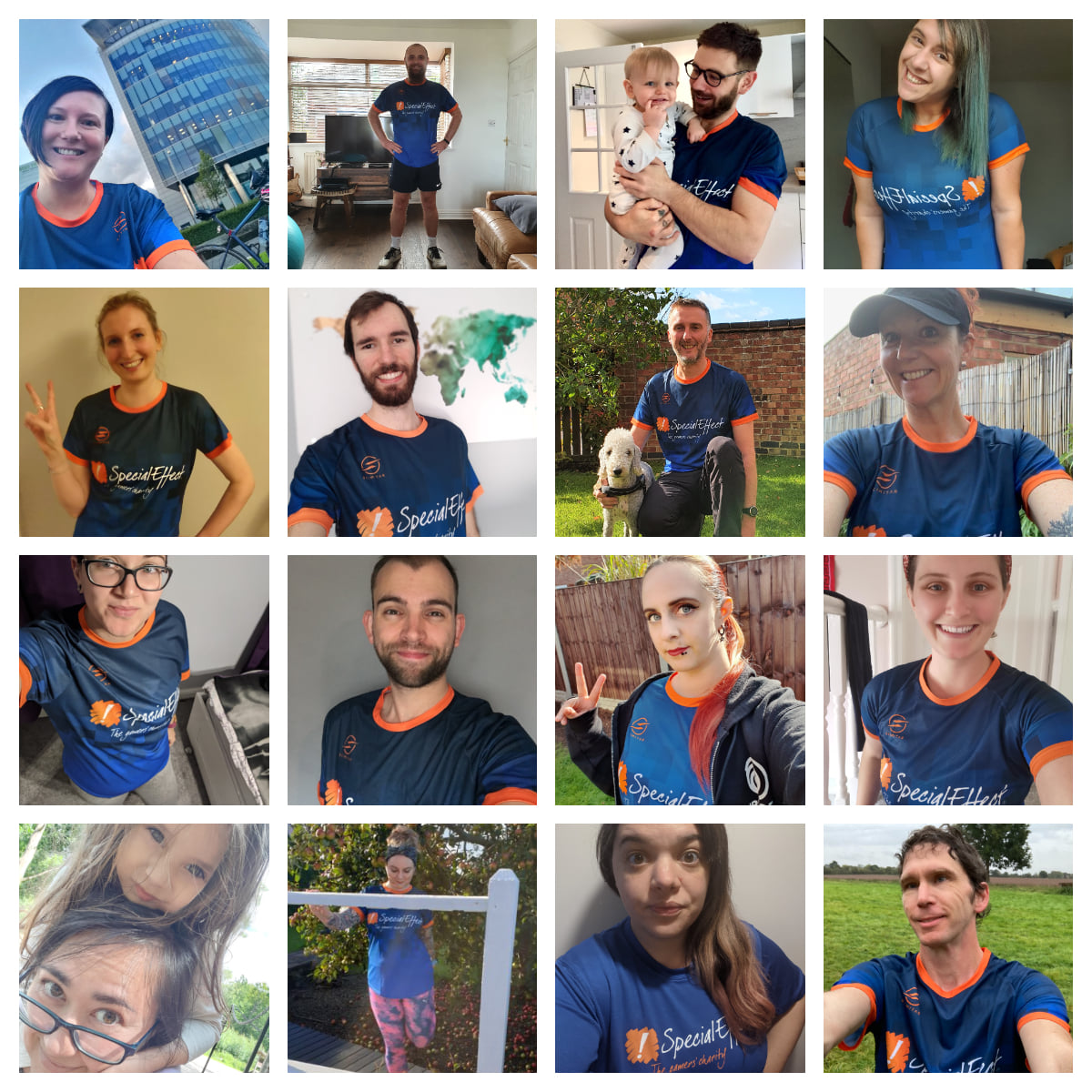