From the Midlands and surrounding areas, they travelled to the chosen meeting place… Leamington Spa. Summoned by Abbey Plumb and the team at Lab42 and representing some of the finest names in the UK games industry, the brave souls entering One Special Killer Pool Tournament knew only one thing for certain. By the end of the night, there could be only ONE!

The night started with drinking, re-acquainting, laughter and chat but as the opening shots rang out around the tournament hall, nerves became evident and, as confidence grew in some so others fell to self-doubt. Great shots were played to cheers whilst missed opportunities were met with groans and low whispers as competitors sensed famous victories or exits. This was Lab42 One Special Killer Pool Tournament and there could be only ONE.

The initial melee of the group stages over, the tournament progressed into one-on-one, sudden death. Playground, Sumo, SpecialEffect, Escape, First Touch, Genba, Kwalee, Flix, Pixel, Echo Chamber, Fish in a Bottle, Red Phantom/Darbotron, Unit 2 and Super Spline would all fall by the end of the night until the last team standing – Rebellion – would claim the spoils of victory. A keg of Wychwood Brewery Hobgoblin beer, the fantastic Jimmy White signed pool cue and the Lab42 One Special Day Killer Pool Trophy for 2019. Proof that Rebellion, for this year at least, were the ONE.

Huge thanks to Abbey, Ed, the team at Lab42, the teams and to all our friends who kindly donated the brilliant raffle prizes. What an amazing way to start the approach to One Special Day on 4 October and a wonderful £2,594 raised from the event. Thank you! 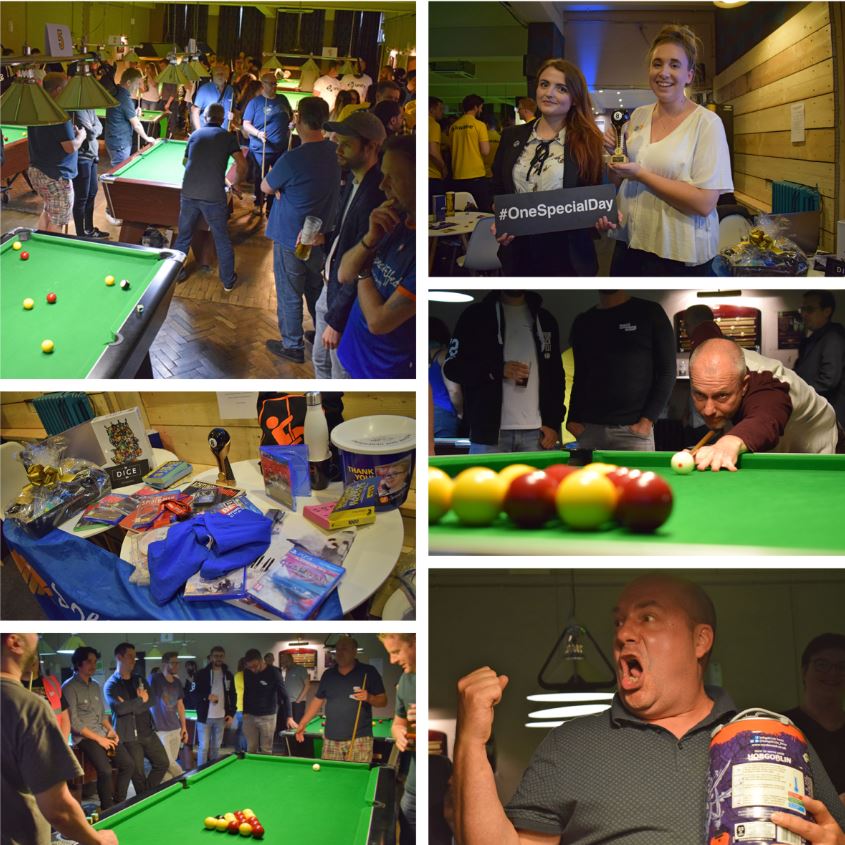