SpecialEffect Fundraiser Nick Streeter was delighted last week to be invited along to Everton FC, the football club he’s supported since he was a boy, to meet up with our friends and long-standing One Special Day partners, Rovio.

Rovio are the Helsinki-based developer behind the iconic mobile game Angry Birds and are one of the football club’s sponsors. They were at Everton to take part in the Everton in the Community Enterprise Day.

Nick’s talk on the positive impact that SpecialEffect has on the lives of disabled gamers was well received and prompted Rovio’s Collin Foss to say ‘”Such an honour to be involved with the Everton in the Community Day and a pleasure to work with SpecialEffect on their amazing mission to bring gaming to those affected by physical disabilities.” 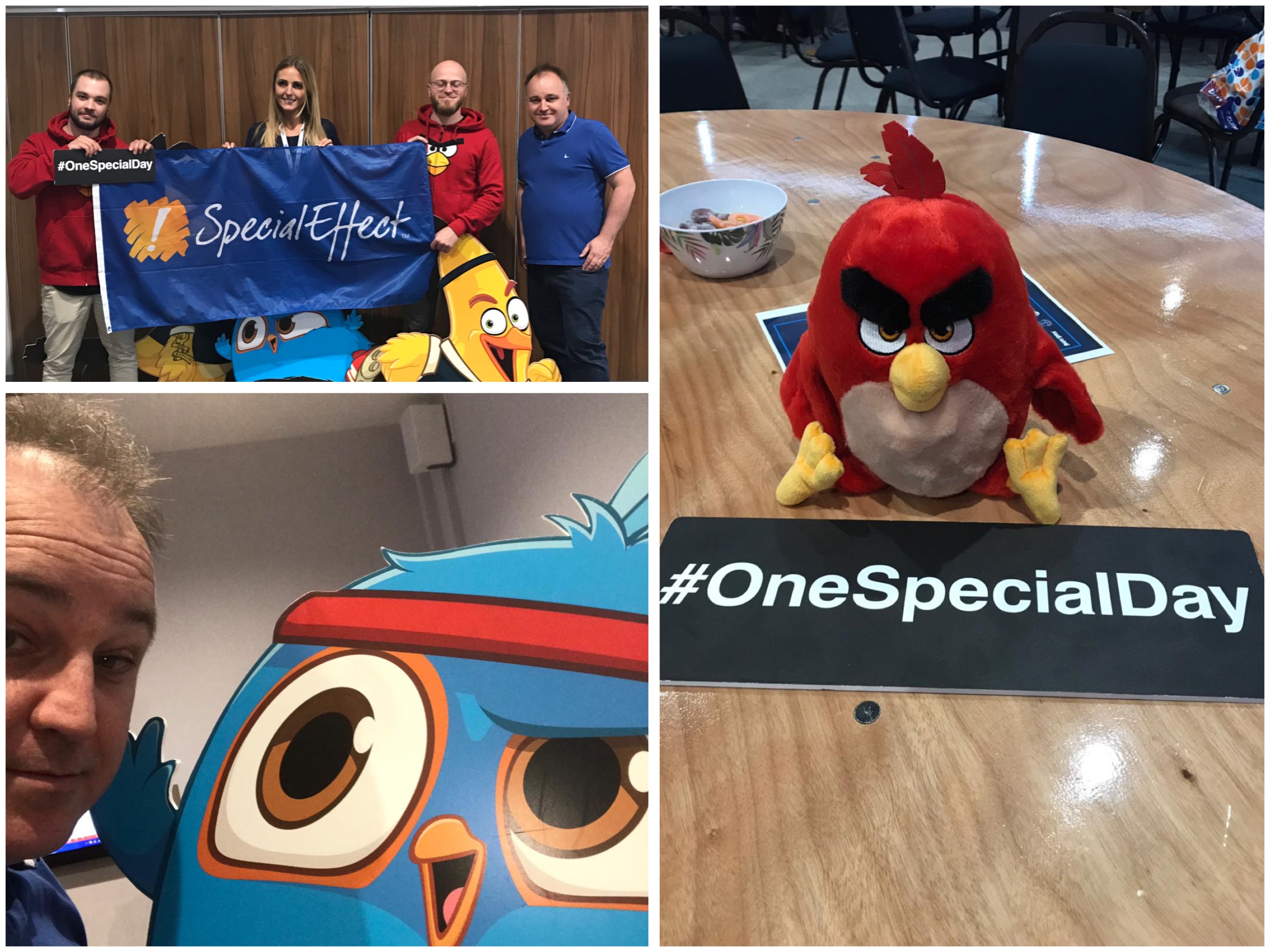