An Ebay auction of unique experiences and rare and collectible video game items will run from 14-24 September as a major part of One Special Day 2017.

Generously donated by supporters from the games industry, the experiences and items will boost funds to help SpecialEffect meet the rising demand for their services as more people with disabilities look to enjoy the fun and inclusion of video games.

Among the experiences and items donated is the opportunity to be a Newgen manager in Sports Interactive’s Football Manager 2018, a Warhammer ‘beat the dev’ livestream experience at Creative Assembly’s HQ along with a hamper of rare goodies, special edition Sea of Thieves football shirts from Microsoft’s RARE studio and a ‘megalot’ of unique Double Fine goods donated by games industry legend and SpecialEffect Vice President Tim Schafer.

Other items include a gaming chair signed by the Yogscast, signed posters donated by Tom Syndicate, an IGN studio tour and a clothing bundle signed and donated by The Sidemen. 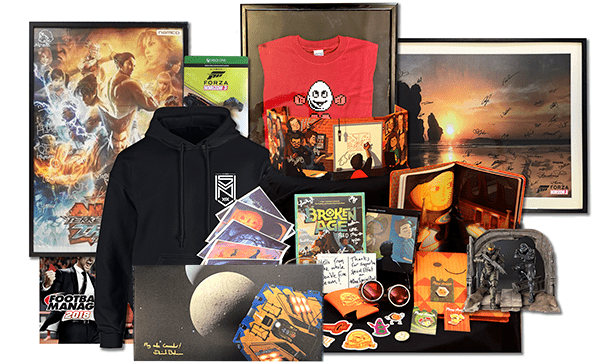 “The response from the games industry to the One Special Day has been astounding,” said Dr Mick Donegan, founder and CEO of SpecialEffect.

“The levels of generosity from the dozens of participating companies has been incredible. They’ll be helping us to celebrate ten years assistance to people with disabilities by donating 100% of their day’s profits, donating titles to a special Humble sale and staging fundraising events and streams.”

Miles Jacobson, who donated the opportunity to be a Newgen manager in Football Manager 2017 said, “Sports Interactive are long term supporters of SpecialEffect and their mission to bring gaming to all regardless of their disability. I’m also very proud to be a Vice President of the charity and am a big admirer of the work Dr Mick and his team do to help people. We are delighted to donate the chance to be in our next Football Manager title as an auction lot and support One Special Day and SpecialEffect.”