Luca’s right back in the game

Two hands are definitely better than one for Luca, who’s loving the extra ability to raise his game in FIFA21.

Seven year-old Luca has been eager to move on from his Wii U and join his friends in enjoying games on consoles like the Xbox, PlayStation and Switch, but the movement of his right hand is affected by his cerebral palsy. His family weren’t sure how he could get the best out of his gaming on more modern consoles, so they got in touch to see if we could help.

Face-to-face visits still aren’t possible at the moment due to COVID-19 restrictions so our specialist assessment team carried out an initial online assessment with Luca and his family. The aim was explore potential access to a modern console and, if possible, recommend and loan an adapted setup configured to maximise his gaming abilities in a safe, comfortable and effective way.

The team noticed he was using his Wii U gamepad really well with his left hand and, based on their experience, were confident that replacing it with a mini-Xbox controller would give him equally effective access to the left stick on an Xbox. They suggested that Luca could try using his right hand to hit a number of carefully positioned large button switches secured to a Velcro-covered laptray and mapped to the right-hand Xbox controls. The whole setup was sent to Luca as a trial loan, along with links to tutorial videos from our gameaccess.info website to help the family configure the setup correctly.

The fantastic news is that Luca’s loving his setup! It’s given him a huge gaming boost and being able to bring his right hand into play has opened up a world of gaming possibilities. We’re so glad we could help, and we’ll be there for him if he needs any further support in the future. 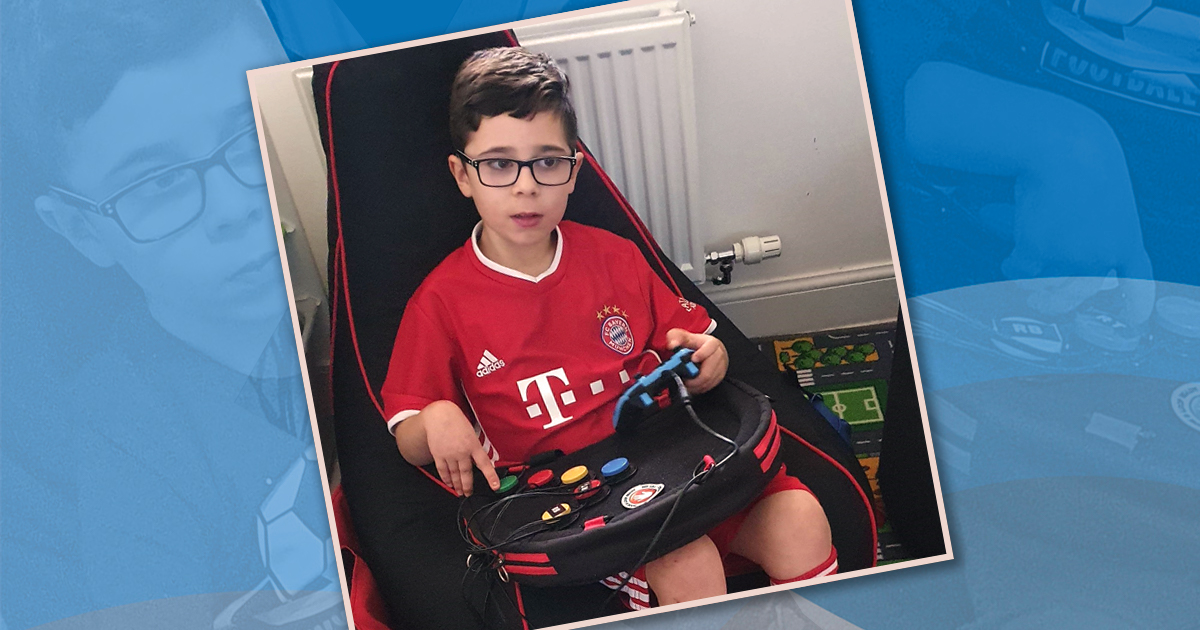