Low-force special gets Oliver back on track

That smile! It’s Oliver, 3, who’s back playing his favourite LEGO games on his Xbox. Reaching and pressing all the triggers and buttons was getting tricky because of his spinal muscular atrophy, so our therapists Cam and Joe sorted out a special controller setup for him.

Oliver’s now rocking a special low-force controller, which has sticks that are much easier for him to use. The team also sorted him out with four brightly-coloured foot-operated switches that mimic the controller buttons, and he gets on really well with them. He was soon easily swapping between his LEGO characters AND and he can now boss the burrow move in Super Lucky’s Tale!

To make the day extra special the team noticed that Oliver had his eye on the family Nintendo Switch, so they got the new setup working with it via an adaptor. Now he’s up and running with Super Mario Odyssey as well! 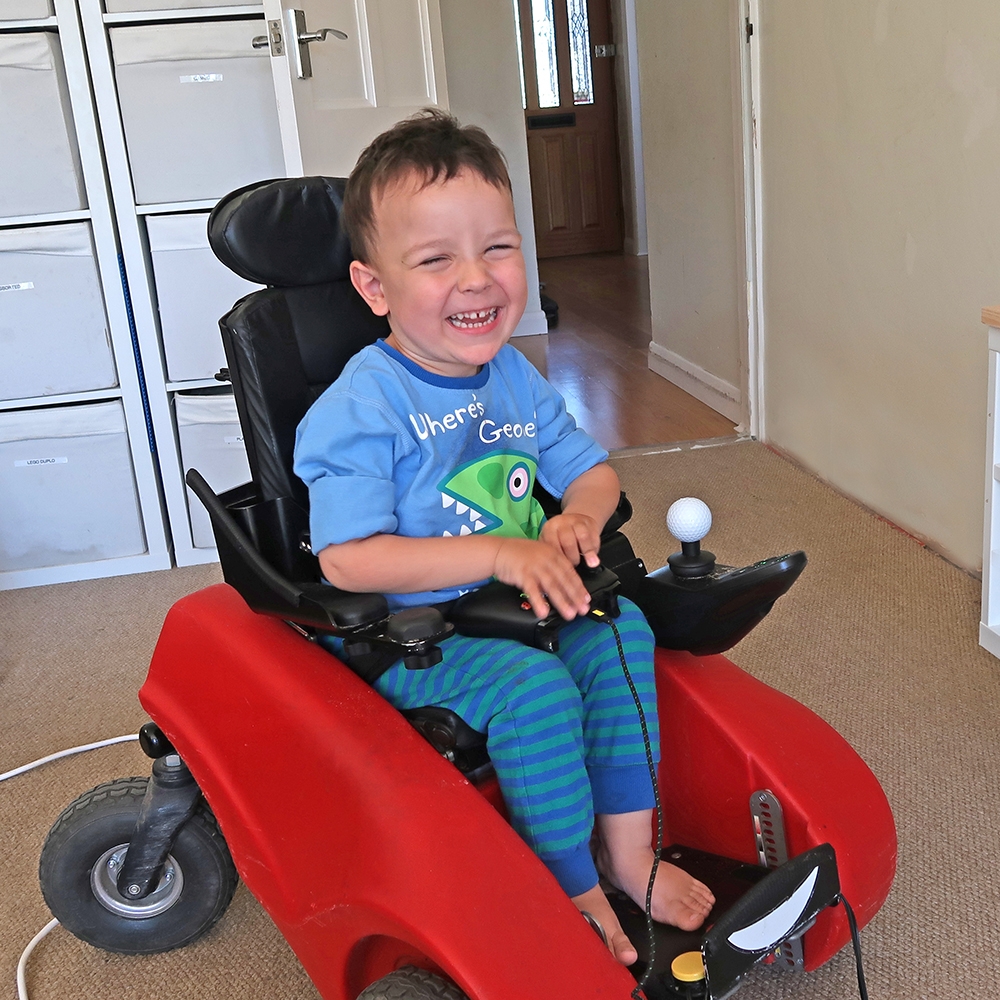