Our friends at Leamington Spa-based Lab42 are joining One Special Day 2019 in a baize of glory as they invite games developers to their Killer Pool Championship on Tuesday 17th September.

Killer Pool is a multi-player variant of straight pool in which each player is assigned a set number of “lives” and takes one shot per innings to attempt to pocket (pot) a ball, or else lose a life. Usually if the player scratches then an additional life is lost.

The event is being held at Frames Snooker Club in Leamington Spa and starts at 6pm. Lab42 are inviting teams of four from across the games industry at £100 each with all the proceeds coming to SpecialEffect. You can sign up through their JustGiving page at: https://www.justgiving.com/fundraising/Lab42

Thank-CUE to Abbey and the team at Lab42 for organising One Special Killer Pool competition and giving us the chance to pocket some of these really dreadful puns. 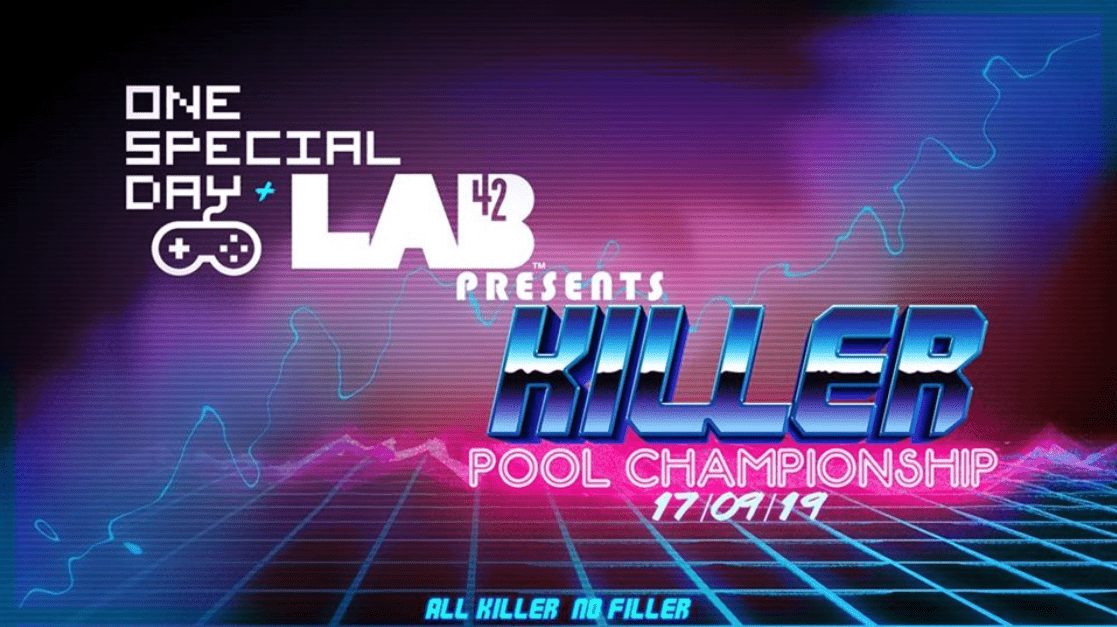