Criterion and Ghost get behind One Special Day

Barry and Nick were also lucky enough to visit Guildford recently to update the team on the latest projects and the impact their support has on people who SpecialEffect support.

This year EAUK, Criterion and Ghost are getting behind One Special Day with “Criterion & Ghost Special Live Stream” (twitch.tv/criteriongamesea/) event, internal raffles and have also donated some amazing items for the charity to auction. 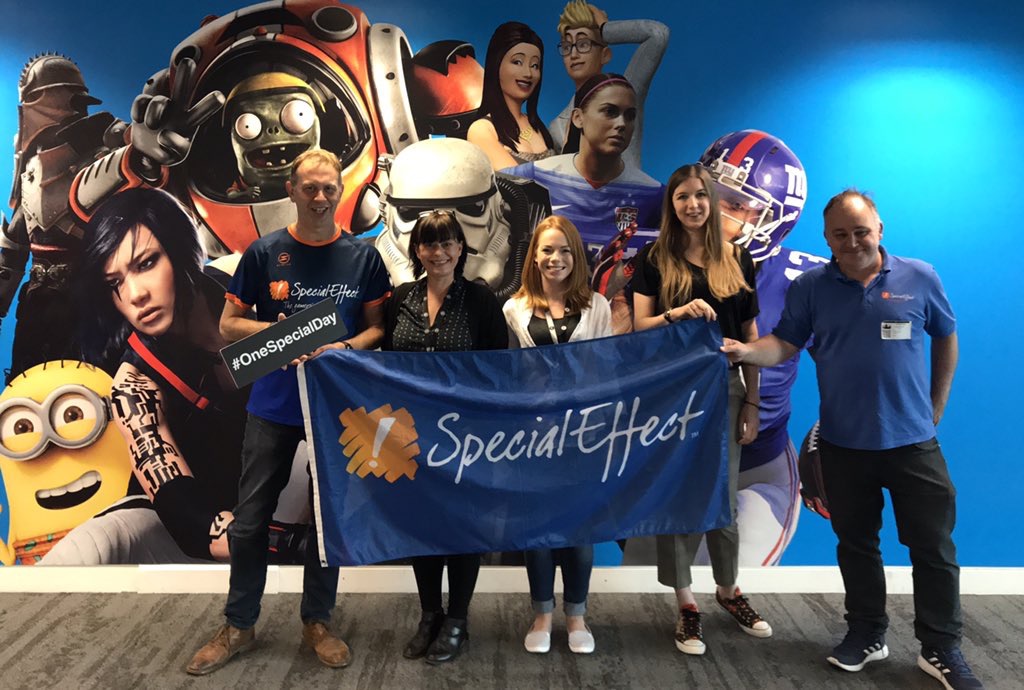