On the morning of Saturday 30 August, 60 of our friends at Creative Assembly set out to conquer the South Coast Challenge; an epic 100km walk starting in Eastbourne and ending at Arundel.

Like a small army from their brilliant Total War games, clad in the imperial purple and white of House CA, the happy but determined troops set off in bright sunshine to tackle the Seven Sisters and Beachy Head. As the miles rolled by and the morning turned to afternoon, sunshine gave way to wind and rain and the first signs of wear and tear started showing on some of the CA troops.

Yes it was tough and a few fell along the way but, in true Creative Assembly fashion, we battled on. As the sun set along the south coast, the remains of the CA force triumphantly entered Brighton and marched on to Hove where many completed their mission and revelled in the local hospitality. Others, the Old Guard, veterans of their Isle of Wight and Jurassic Coast Challenges, wearily and sore-footed marched onward through the night towards Arundel Castle. Another 45km.

Tom and Barry from SpecialEffect joined the CA army of walkers as support for 58 of the gruelling 100km; the terrain – especially the steep, unforgiving climbs – proving a physical and mental challenge. Some did a quarter, some did half, some signed up for the full 100km, but there’s no question that all gave their all.

Our enormous thanks to Joanna, Jonathan, Amanda, Doug, Stephen, Joy, Thomas and everyone at Creative Assembly who took part. All of us here at SpecialEffect are in awe of your efforts, raising a fantastic amount for One Special Day, and look forward to seeing what challenge you’ll take on next year! 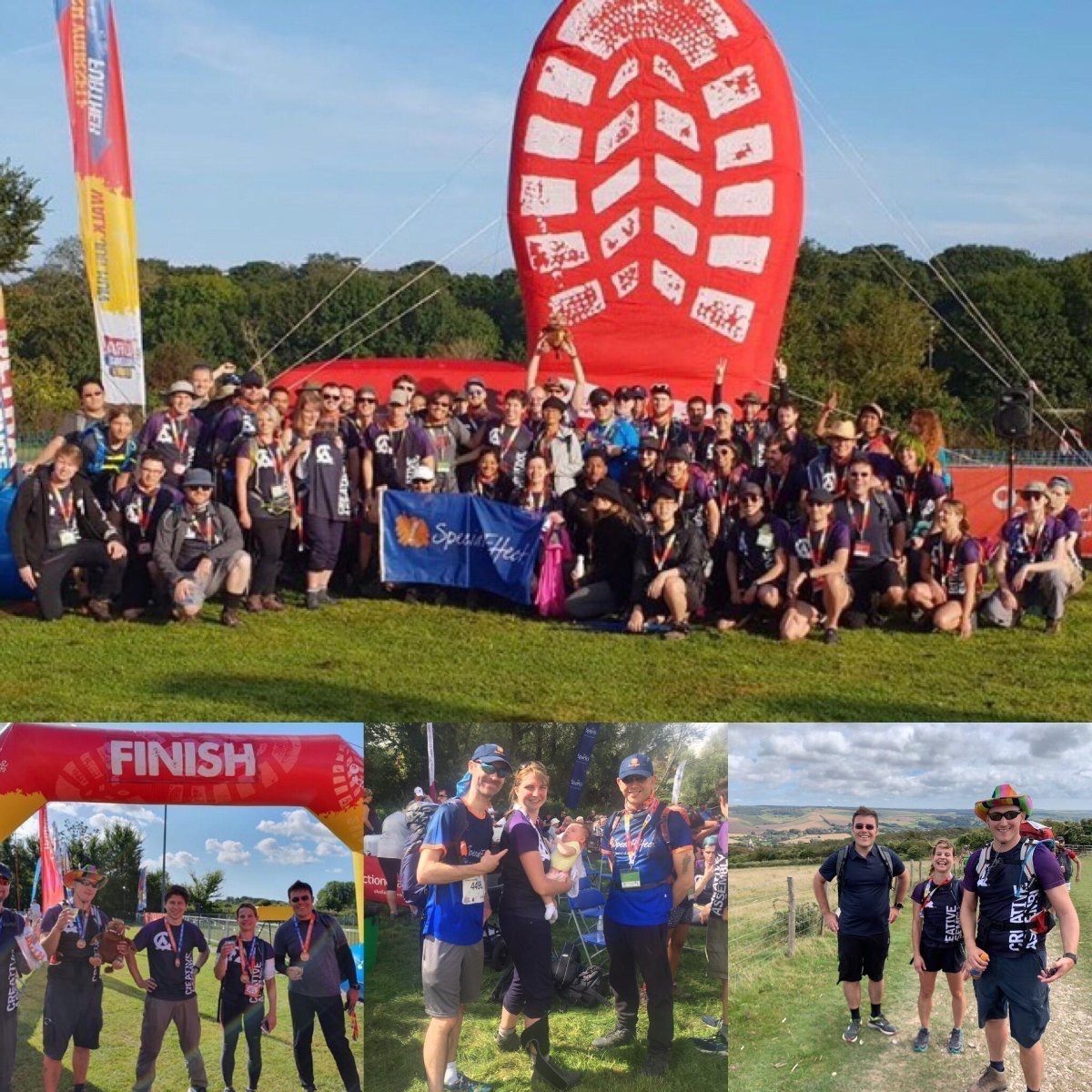 They came. They saw. They walked… Creative Assembly take on the South Coast Ultra Challenge to raise money for One Special Day