Corey kicks on with his adapted controller update

We’re so happy to be able to keep 11 year-old Corey enjoying #FIFA21 ⚽  with an updated controller setup.

Corey’s has hemiplegia on his left side as a result of a pre-natal stroke. For years he had to watch his brother have all the gaming fun, but our specialist assessment team helped him to start playing independently back in 2017 by carefully selecting equipment for an adapted gaming setup that made the most of his abilities.

Now he’s enjoying FIFA21 thanks to the latest changes to his setup.

Our team carried out an online assessment to keep up with his developing control skills and the new games he wanted to play, and as a result he’s now trying out extra switches and a newer adaptor to help him level up to more complex titles. The next step is to trial a second joystick, which could expand his gaming choices even further.

It’s been wonderful to keep in touch with Corey. We fell in love with his infectious laugh five years ago, and it’s a privilege to able to keep his gaming journey very much alive and kicking!

The image shows Corey trying out the updated setup after our therapists Jacob and Nomi (top right) reviewed and actioned equipment changes with Corey’s father via an online assessment. 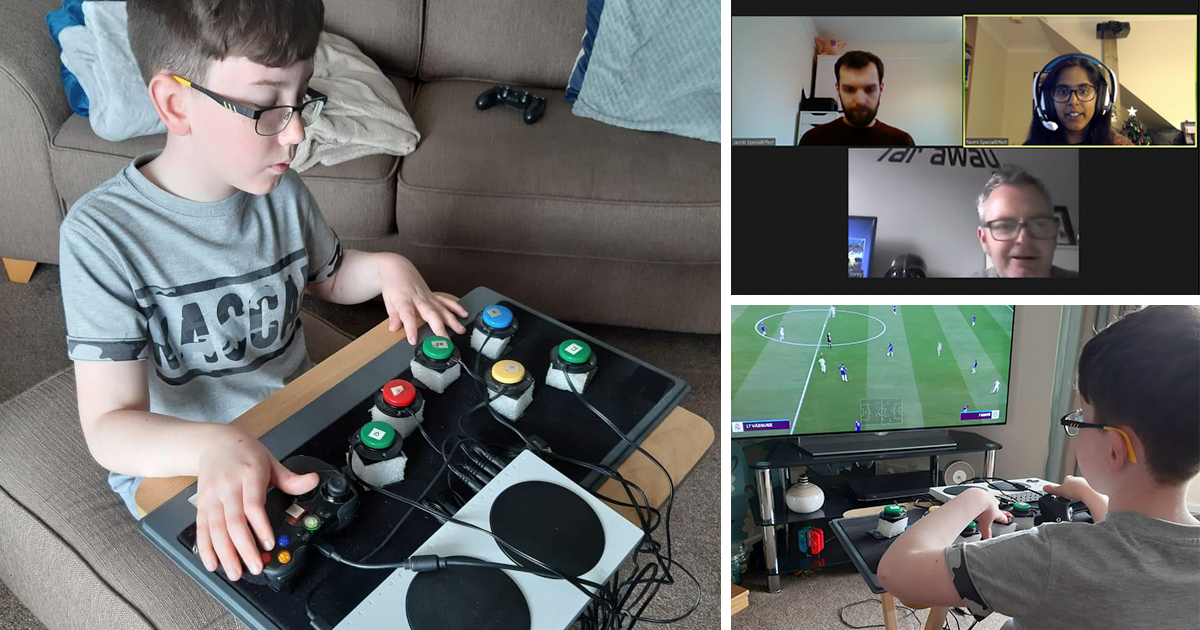