A Rare auction item for One Special Day

Aaaaaaar! Our friends at Rare Studios, famed across the high seas for their brilliant Sea of Thieves game, have uncovered this bit of treasure for One Special Day and they’re auctioning it to pirates and land lubbers alike. Shiver me timbers! someone’s going to get lucky with this one.

But rather than a salty old sea dog like me trying to describe it, here’s what Rare themselves have to say about their precious gift to One Special Day:

‘This is the ultimate treasure for a Sea of Thieves player; a genuine gold-plated Xbox One X console! Not only is the powerful, market-leading console capable of 4k gaming, but the bespoke gold plating and official Reaper’s Mark branding make it a truly unique item worthy of only the most legendary pirate. Both the console and its matching controller shine brilliantly, becoming absolutely jaw-dropping centrepieces for any gaming setup. This is one of just five of its specific type in the world, created for the Battle for LA inaugural Mixer Invitationals held at E3 earlier this year. The other four went to winners of the Battle for LA, while this one – won by Executive Producer Joe Neate’s team – was instead donated to SpecialEffect.

Sea of Thieves is a shared-world adventure game offering the true pirate experience: sailing, fighting, exploring and looting in a colourful, collaborative world. After a prolific first year and several major free updates, the game remains Rare’s flagship title. Rare have been producing games for over 30 years, creating famous titles like Battletoads on the NES, Banjo-Kazooie on the N64 and now Sea of Thieves, as one of Microsoft’s First Party Xbox Game Studios.’

Keep an eye on SpecialEffect social media channels and website in the run up to One Special Day for more details on how you could bid for the shiny One Special Xbox.

Thaaaaanks so much to Rare Studios. Your friendship is truly treasured. 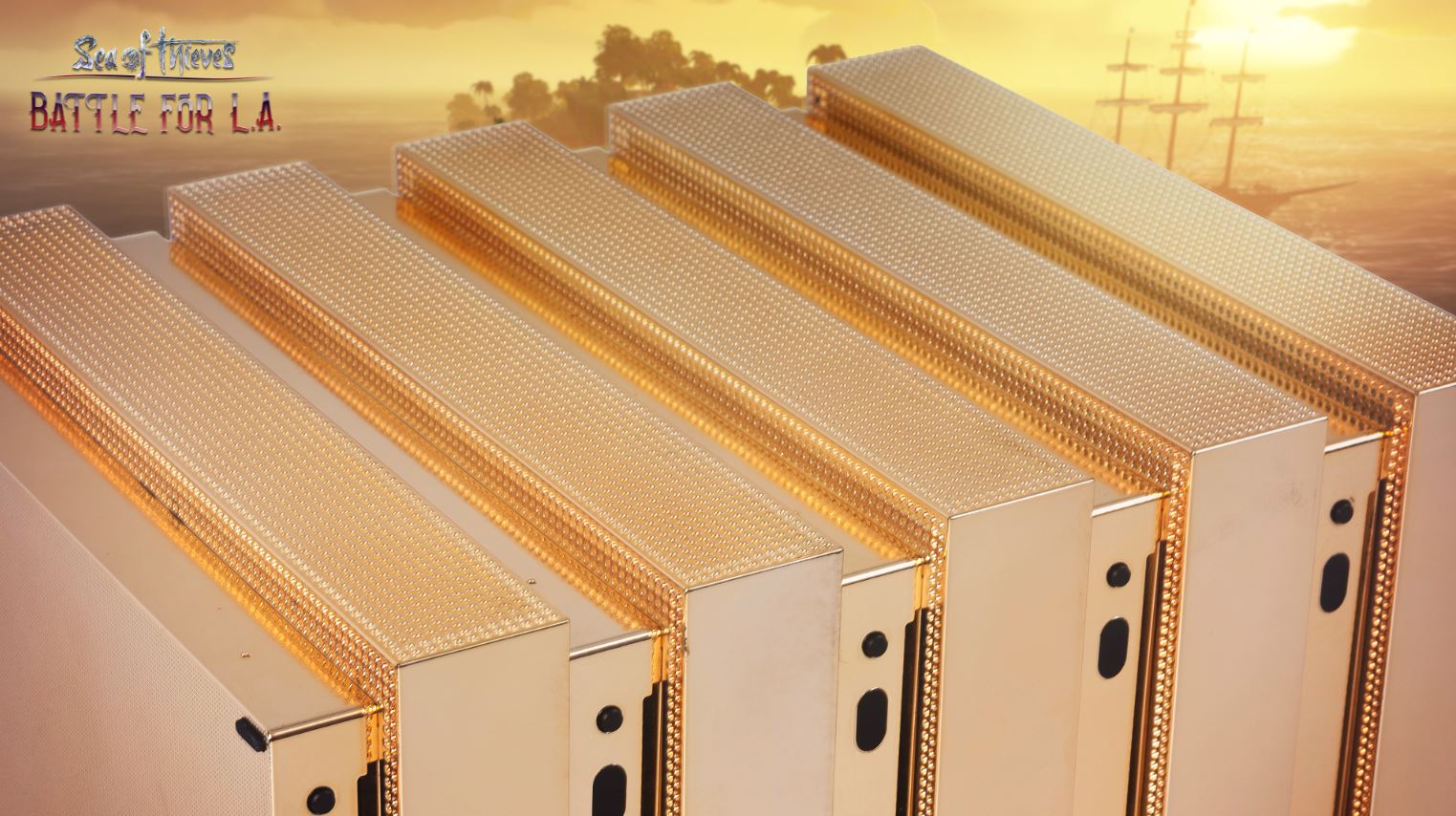 Feast your eyes on these matey. One of ’em could be yours