​“I’d forgotten that running was this hard”

We’re blown away that well over 100 runners have already signed up for the real AND virtual versions of the London 10k on Sunday 25 July! It’s going to be a great day, with people joining Team SpecialEffect from across the UK and beyond – and boosting the numbers will be four hardy SpecialEffect staff who are going the extra mile for the cause. At least three of them are looking forward to the run itself.

Specialist occupation therapists Frankie and Joe, who will be running virtually in Oxfordshire, are no strangers to physical challenges. Frankie is a keen runner and cyclist who took on the London Marathon for us couple of years ago, and Jacob is an exceptional sportsman who relishes a hot, sticky 10k on a sweltering summers day. Nick, our fundraiser, is a seasoned 10k campaigner and will be pounding the streets of Witney, his home town.

If, however, you’re resigned to standing on the start line with a sinking feeling of dread in your stomach then you’ll have the full sympathy of Mark, who handles our Communications Support. He’ll welcome you in person before the run if you’re in SpecialEffect Team London on the 25 July; just don’t expect him to outpace the field and be there to cheer you across the finish line.

“I’m really looking forward to meeting everyone who’s signed up for the London-based run. It’s an absolute privilege at the moment to be able to thank our supporters in person,” he said.

“But as for the 10k, I’m old and slow, and I’d forgotten that running was this hard. I also have no knees and I hate hills. Will there be hills?”

There’s still time to join Team SpecialEffect for the both the real and the virtual Asics London 10k, and maybe you can finish in time to cheer Mark over the finish line in central London. He’s no Mo Farah, that’s for sure. 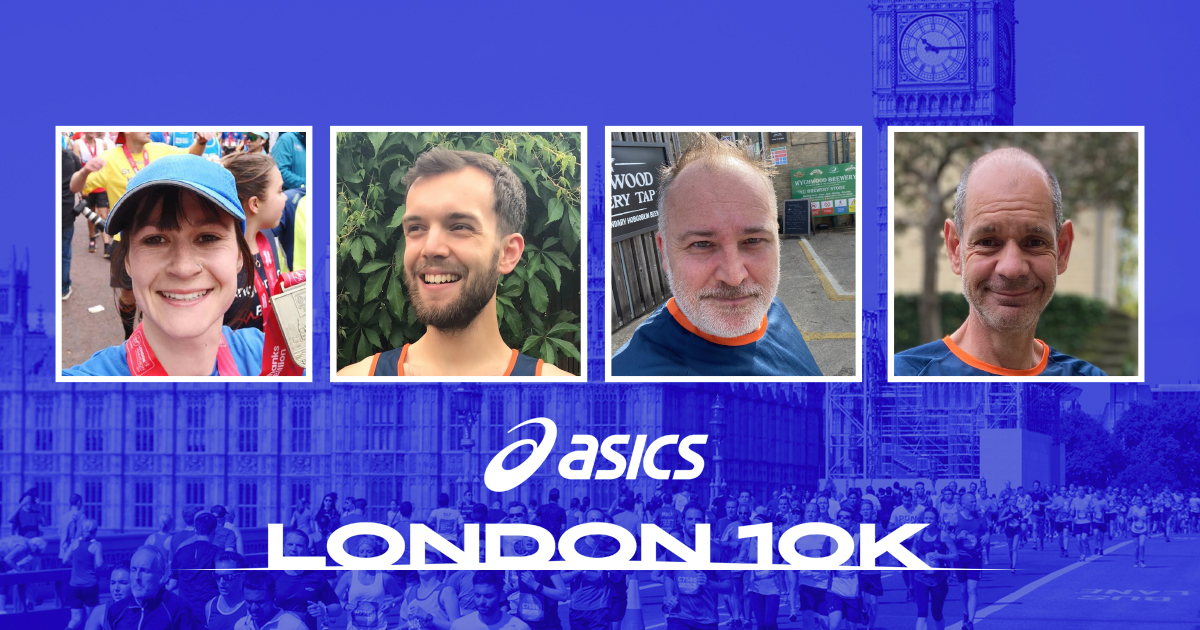